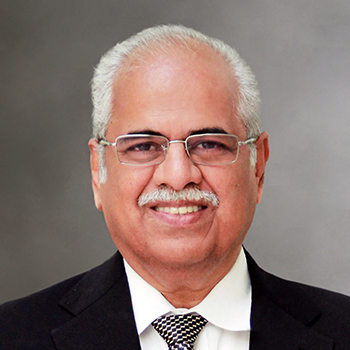 Kishore G. Kulkarni, Ph.D., is a distinguished professor in the Department of Economics at Metropolitan State University of Denver.

He has been teaching at MSU Denver since 1989. Kulkarni has also taught as an affiliate professor at University of Colorado in Boulder, Korbel School of International Studies at the University of Denver, Colorado State University and Colorado School of Mines. He has received numerous awards over the years, including the Distinguished Service Award in 2004 and Extra-ordinary Service Award handed by the university President in 2010 from MSU Denver. In 2012, Kulkarni was recognized as the first “Distinguished Professor” in College of Business by the Dean at MSU Denver. In May 2017, Non-Resident Indians (NRI) Welfare Society of India honored him with the “Pravasi Ratan” award; and in March 2019, the Federation of Business Disciplines (FBD) recognized him as the “Outstanding Educator Award” recipient. He also co-founded Indian Journal of Economics and Business (IJEB), which he managing from 2001-2016.

Kulkarni has authored, co-authored and contributed to nine books, some of which have become well-known textbook adoptions in American and Indian universities. The sixth edition of his “Principles of Macro-Monetary Economics” textbook was published in 2019. Kulkarni has authored and co-authored 160 refereed journal articles in Global Business Review, Indian Economic Journal and Indian Journal of Economics.